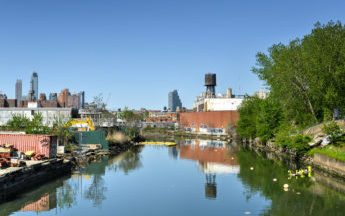 The New York City Landmarks Preservation Commission (LPC) recently designated five historic structures in Gowanus as individual landmarks, citing the industrial buildings as representing the area’s most “architecturally distinctive” and “historically significant” properties. LPC selected the sites in collaboration with the Department of City Planning, the community, and other stakeholders.

The selected properties reflect the history of Gowanus, which became a center of industry and commerce following the completion of the Gowanus Canal in the 19th century. The new landmarks—manufacturing and industrial facilities constructed between 1884 and 1913—are all prominent structures that have adapted over the years to changes in economic activity and in the surrounding neighborhood.