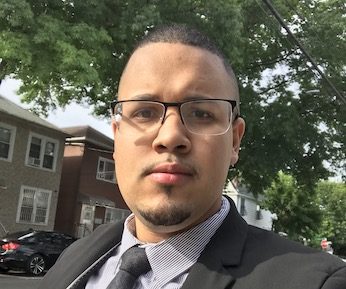 Leury Serraty worked at LaGuardia Airport for several years, starting as a server in the terminal restaurants and advancing to manager. He led multiple crew members through many stressful situations related to weather and flight delays. His ability to maintain order in a fast-paced environment prepared him for the challenges he faces in his role at Metropolis.

Another trait that continues to serve Leury well is his eagerness to learn. He routinely approached his managers and asked if they would teach him. “Each one saw a special trait in me and took me under their wing,” he recalls. “I kept learning and had progressive, successful growth with my team.” Because of his exceptional customer service skills, Leury was tapped to help launch three restaurants at LaGuardia.

He decided to seek new challenges when the pace of learning slowed. A friend introduced him to Metropolis Group. “I met with Adam Batista and Penny Laughlin. When they offered me the position and told me I’d be part of Adam’s team, I knew it was one of those opportunities you just can’t let go.”

As a building compliance coordinator, he handles research for clients and prepares strategies to bring properties into full compliance. “My job is to tell them about any open applications or violations, and I give them a breakdown of what’s needed to clear out their building to increase the value if they event want to sell,” he explains. In addition to the financial benefits of having a “clean” building, Leury appreciates contributing to the confidence of owners, tenants, residents, etc., that their building is fully compliant.

According to Adam Batista, Senior Manager of Building Compliance, Leury “hit the ground running” when he joined Metropolis. “He took it upon himself to learn everything he could about his job, and he didn’t let anything stop him when it came to getting answers to his questions. Leury maintains a consistently positive attitude and loves taking on new challenges and getting better at his work every day. He is a true asset to the firm.”

His favorite project to date is the Google building in Chelsea. “Ever since I started the project with Greg Fortino and Gwen Harry, it’s been hands-on teamwork,” he says. “We have constant communication, clear targets. These are real team-building meetings with everyone on the same page, progressing toward the same goal.”

Leury most enjoys notifying clients when the final applications have received sign-off. “Most of these projects have been open for years,” he says. “Whenever they hear about the close-out, they heave a sigh of relief. They’re ecstatic that this is finally off their plate and they can move forward.”

In a city where more than half the residents don’t own an automobile, Leury is a car enthusiast. He drives a Subaru WRX, which he plans to take to the racetrack. His other hobby is karaoke. He frequently goes to karaoke bars with colleagues at Metropolis. Leury’s signature song? “Danke Schoen” by Wayne Newton, aka the “Ferris Bueller float song.”