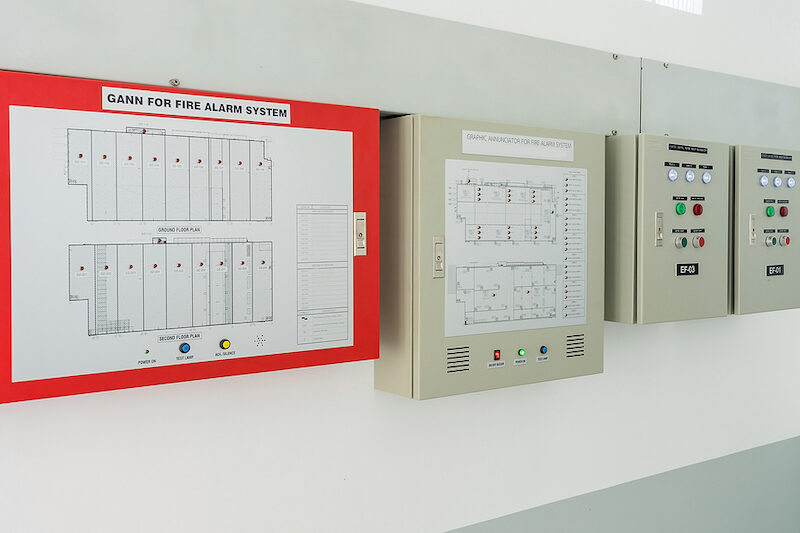 Last month, the FDNY Bureau of Fire Prevention’s Office of Technology Management released optional guidelines for designing fire alarm systems in high-rise buildings predominantly classified as Group B office. Such buildings often follow a “core and shell” approach, in which the owner designs and constructs the base building, creating a blank slate that tenants can tailor to their needs. Also known as base-build construction, this construction method offers great flexibility for both owners and tenants but can present filing challenges for life safety systems.

The FDNY guidelines outline the following four stages for filing a fire alarm system in a new “core and shell” office building:

To start, registered design professionals need to file the base building alarm system as a core-only system. The job description should include the words “core only,” and the system should include the following elements, as applicable:

After completing the core system installation, design professionals or their representatives should request an inspection of the core system. Once the inspection confirms that the system is free of any defects, FDNY will issue a Partial Letter of Approval (PLA). The PLA will identify the system as “core only” and will expire after one year.

Renewing the PLA requires a progress letter from a licensed design professional, as well as a $200 processing fee. FDNY will grant a 90-day extension for the PLA, provided the applicant demonstrates progress toward securing final approval. Denial of the extension request may result in violations and/or fines.

Requests for extension must be filed at least two weeks before the expiration date.

Tenant buildouts should be filed as additions. When submitting applications, registered design professionals should include a copy of the TM-1 form that shows the base building system approved as “core only.”

In addition, the plans should include the following note: “This job is filed in accordance with Technology Management Bulletin 01-09/2020. These devices shall not be tied into the base building prior to base building initial inspection.” Once accepted, the plans would be approved with a stipulation to “Submit either letter of defect or partial letter of approval for base building at time of inspection.”

To secure the final Letter of Approval for the building, the applicant must file a Post Approval Amendment (PAA) to the original core-only filing, which will convert the job to a complete system. The floor plans should identify the job numbers for every completed buildout, and the Letters of Approval for the referenced applications should be included with the PAA submission. Any devices included in the original core filing that were relocated as part of a buildout should be shown as part of the relevant buildout application. Any areas not included in a buildout should have required fire alarm coverage, shown on the plans.

After the PAA is approved, the next step is to request a final inspection. The inspector will conduct a final walk-through to test visibility and audibility throughout the building. The inspection may also include spot checks of previously inspected areas.

The as-built plans for the base building’s final Letter of Approval should reflect all devices and appliances that remain unchanged from the core system filing. Buildout filing references are not required for this set of plans.

If you have any questions about these guidelines, or if you need assistance with FDNY filings, please contact Metropolis Group at 212.233.6344.