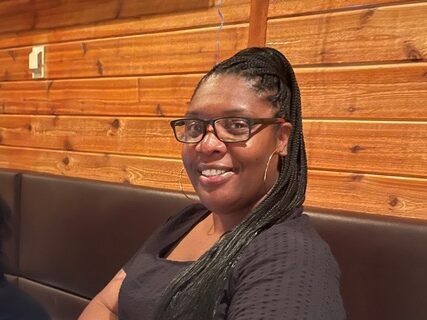 Before joining Metropolis, Casaundra spent 22 years as an administrative assistant in the medical field, supporting the director of operations for a dialysis center. Her previous career honed her communication skills and her ability to work with teams and individuals. In addition to developing her computer skills, the position also demanded compassion as Casaundra interacted with patients.

When her employer was ultimately acquired by another organization, she searched for a new career opportunity. “I was devastated,” she recalls, “but things happen for a reason. I found my way to Metropolis Group, the best job I’ve ever had.”

As a proposal specialist, Casaundra works closely with the project management team. While she produces initial proposals as needed, she specializes in creating change orders. She communicates with colleagues to ensure both timeliness and accuracy to keep the workflow moving. All of her organizational and collaborative skills from her former life have contributed to her success, as well as her ability to quickly learn the intricacies of construction approvals and permits.

“Casaundra is very proactive when completing and sending out proposals and change orders,” says Compliance Manager Joseph Bastone. “You know when you send Casaundra a proposal or change order request, it’s going to be sent to the client right away, and it’s going to be done perfectly. In addition to her reliability and strong work ethic, Casaundra’s positivity makes her a tremendous asset to Metropolis and our clients.”

Casaundra loves learning about the construction process and the challenge of managing the demand for proposals and change orders. But she really appreciates the people at Metropolis. “I walked into a family. Working with these people has been absolutely amazing,” she says. “I felt welcome the day I walked through the door. I love the people I work with.”

In her free time, when not caring for her two-year-old granddaughter, Casaundra sometimes works in an emergency room as a unit secretary. In fact, she served as a frontline worker during the early stages of the pandemic. “It was heart-wrenching. People were getting sick, so I tried to do as much as I could to help.” Ultimately, she was one of only five people out of 78 employees who did not contract COVID-19.

Casaundra, we thank you for your service—both to Metropolis Group and to the community.