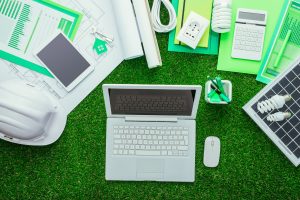 In a city that lived with the same ossified building code for 40 years before joining the rest of the country and adopting semi-regular revisions to the International Building Code as its local code, the pace of energy code changes has accelerated to breakneck speed. We are on the hook for another energy code change next year and, like the New York City Energy Conservation Code (NYCECC) 2016, the “new” NYCECC will go well beyond the vanilla provisions of the International Energy Conservation Code (IECC) 2018 it is based on.

In part, this radical rewrite is due to the fact that, per Local Law 32 of 2018, the new NYCECC will be based on a “stretch” version of the new state energy code. And if the state fails to enact the stretch code? Then, the city is obliged to investigate ways to make the IECC more stringent before enacting the new NYCECC.

What Is a “Stretch Code” Anyway?

New York City, by law, must always meet or beat the state energy code, and the city, as we all know, has a keen eye on keeping buildings as green as possible. So rather than make a handful of adjustments to the state code like last time, the city wants to adopt the state stretch code as its local standard. This move will make standards that are optional outside the five boroughs mandatory within them.

Now, this aggressive stance would not be that painful in the long run if putting the city on a more cutting-edge standard might avoid an energy code revision every three years, giving the industry more time to adjust. However, per Local Law 32, city energy code revisions will remain on a three-year cycle so New York City will always do its best to stay greener than the rest of the country [§28-1001.3.3 of the City Administrative Code, as enacted by Local Law 32]. The stage is now set for the 2019 and 2022 NYCECCs.

The draft version of the state stretch code offers a glimpse of what shape the 2019 NYCECC could take, and it looks like the biggest changes will affect building envelope requirements. Some key takeaways:

Further, the stretch code carries some key changes to power and lighting requirements under section C405, many of which are carried over from ASHRAE 90.1 Sections 8 and 9. These changes include:

We’ll be keeping an eye on the state stretch code as it moves towards enactment to see what 2019 will bring for the energy code. Stay tuned.