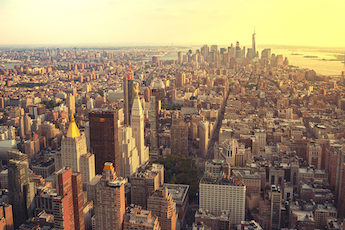 Often, a fundamental challenge in New York City construction code compliance lies in determining which code requirements to follow. This article is the first of a series that identifies instances when certain renovations in older buildings trigger compliance with the 2014 NYC Building Code.

Section 28-101.4.3 of the New York City Administrative Code (AC) covers “Optional use of the 1968 building code for work on prior code buildings.” This provision states:

At the option of the owner, and subject to applicable provisions of this code, work on prior code buildings may be performed in accordance with the requirements and standards set forth in the 1968 building code, or where the 1968 code so authorizes, the code in effect prior to December 6, 1968.

Generally speaking, only one situation requires a complete overhaul to bring a prior code building in compliance with current construction codes. This requirement kicks in when proposed renovations would increase the Floor Surface Area by more than 110%, per Section 18-101.4.5 of the New York City Administrative Code (AC).

Two other triggers that will require either a portion of a building or the entire building to upgrade to the 2014 code are:

AC Section 28-101.4.3 also identifies a number of exceptions in which proposed projects must comply with the 2014 code.

Except for a few specific cases, any building that was filed prior to July 1, 2009, is considered a prior code building. Per AC Section 28-101.4.3, prior code buildings undergoing renovations can follow the 1968 code. Of course, there is a caveat that specific areas of the 2014 code must always be followed. The same section of the administrative code lists those exceptions:

Future articles will cover other, specific instances in which buildings governed by previous building codes must comply with current standards.

If you have questions about how these requirements affect your specific property, please contact Metropolis Group at 212.233.6344.